Skip to content
The best thing about being my age is being young enough to still be wild and old enough not to care.
I was abandoned as a baby and left in a home until I was chosen at 13 months old. Being mixed race in a northern town was rough and I got racially abused daily and went home to my adoptive mother who we now to believe was bipolar, so mental and physical abuse at home was daily too. Left home at 17 put myself through college and became a special needs teacher, met my husband had multiple miscarriages, but managed to have 4 children. When my last child was born it went horribly wrong and I ended up flat lining in theatre and in intensive care in front of my husband. Lived to tell the tale obviously but I now have kidney and liver issues from it. Had 10 Surgeries on my knees which takes its toll mentally and physically.
3 years ago my eldest daughter decided to tell the world I had physically and mentally abused her, this is obviously a huge lie and left the rest of the family devastated, she ran off and married some guy we’d never met and moved to Canada, after everything else I had carried for so long this finally broke me and I had a complete breakdown.
She’s still not back with the family and that is so very hard.
I have a few. I am still alive despite everything. They told me I’d not be able to do much after all that knee surgery so I proved them wrong and got myself a black belt in tae kwon do and I’ve been belly dancing for 6 years.
And after the breakdown and a lot of therapy I left behind all I’d carried and became who I should be.
Being happy with who I am 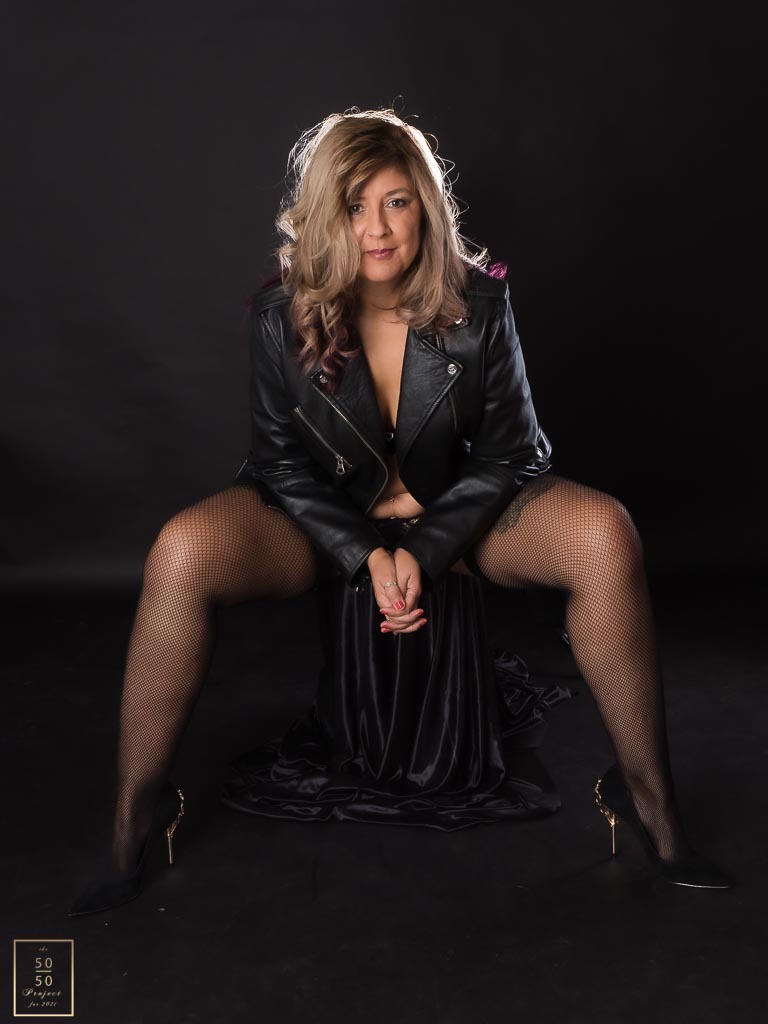 WHAT IS YOUR MOST TREASURED POSSESSION
Apart from my children and my grandson.
My dad gave me a little teapot it was free on a tetleys box years ago I think. He died soon after.
I dont actually have one.
I think of a hair brained idea and just do it lol
Shoes!!
Physically some boobs would be nice haha.
Mentally nothing I’m good
I’m stubborn, seems like a bad trait but because of it I don’t give up

Always got my back no questions asked

Hair & Make Up by Katie Calo Make Up Artist

This website uses cookies to improve your experience while you navigate through the website. Out of these cookies, the cookies that are categorized as necessary are stored on your browser as they are essential for the working of basic functionalities of the website. We also use third-party cookies that help us analyze and understand how you use this website. These cookies will be stored in your browser only with your consent. You also have the option to opt-out of these cookies. But opting out of some of these cookies may have an effect on your browsing experience.
Necessary Always Enabled
Necessary cookies are absolutely essential for the website to function properly. This category only includes cookies that ensures basic functionalities and security features of the website. These cookies do not store any personal information.
Non-necessary
Any cookies that may not be particularly necessary for the website to function and is used specifically to collect user personal data via analytics, ads, other embedded contents are termed as non-necessary cookies. It is mandatory to procure user consent prior to running these cookies on your website.
SAVE & ACCEPT