I wanted to write this blog because one of my recent clients has struggled so much with the debilitating eating disorder anorexia nervosa. Whilst lots of  ladies battle  with being overweight – there are also a frightening number of young women who want to emulate the tiny catwalk queens they see in magazines and social media everyday and literally starve themselves – almost to death.

Sadly an eating disorder works towards the exact opposite of what our goal is as boudoir photographers. Not only does an eating disorder destroy self worth, self love and self acceptance but they also have the highest rate of mortality of any psychiatric illness. It’s estimated that 10% of individuals with Anorexia Nervosa will die within 10 years of the onset of the disorder.

Some people just don’t ‘get’ boudoir photography.  They think it’s the opportunity for narcissistic vain women to pretend they’re super models in skimpy underwear.  But in all the years I have now been doing boudoir photography this couldn’t be further from the truth.  Boudoir photography IS all about self love, acceptance and improving one’s body image.We are so fortunate at Symply Boudoir  to be able to work with women to show them just how amazing and how beautiful they are. But their reasons for doing this are as varied as the women are themselves. 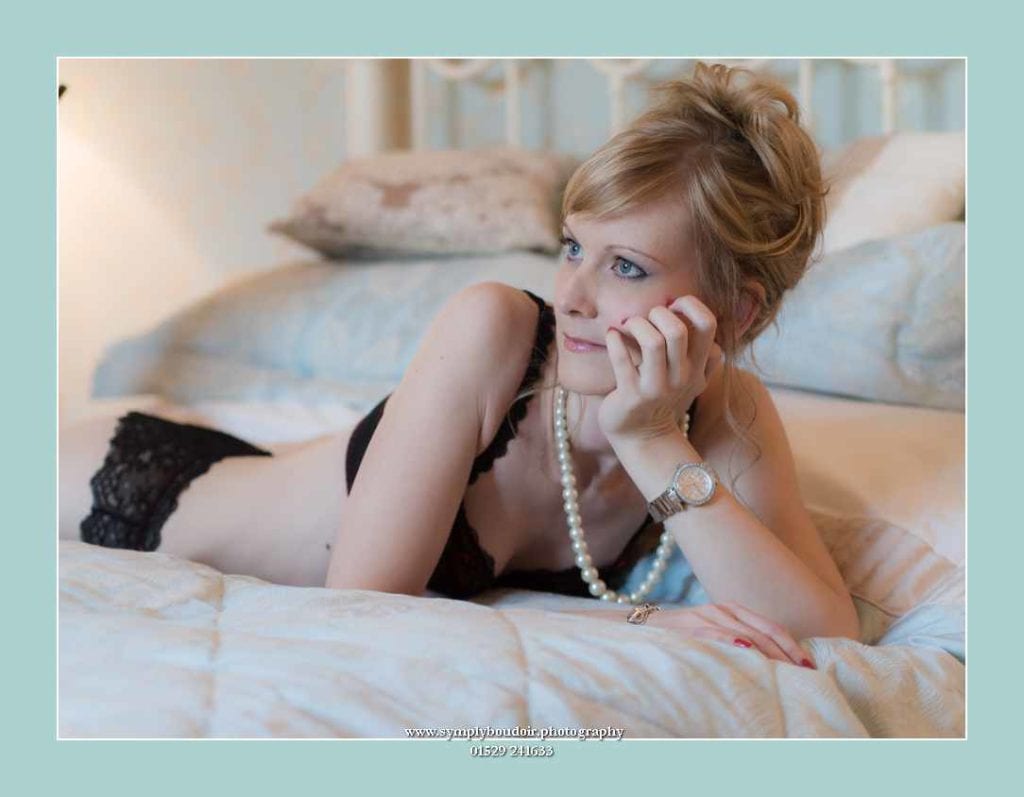 So, Im going to share Kirsty’s  story through her own words. My reason for sharing her eating disorder story is not so that you will take pity on her or say “awwww, poor girl” but rather, so you will think twice before wanting to achieve a particular “body type” which is deemed perfect by stupid social media challenges and society.  Hopefully  you will think before commenting on a woman’s body that she is “too much” of this or “not enough” of that.

Its a powerful story and I feel humbled to have been part of the recovery process.  Much love for the future to a very brave young lady who has brought eating disorders awareness to my attention

I am posting this to set a few rumours straight but also for me to be able to move forward and not be ashamed of who I am. I owe everything to my Amazing Mom Nicola Lockren and Husband Michael Mander without them I probably wouldn't be here now. ❤

“Like many women I wasn’t happy with how I looked, I was going on holiday so I decided to follow slimming world  (It isnt the reason I have an eating disorder, a lot of factors before and after had an impact) to get that “bikini body” I had before having my son. At the age of 26 a year and half after starting to diet I was diagnosed with Anorexia nervosa this was just the beginning of the battle I was to face.

Immediately I was assessed by the eating disorder service and although I had been given the diagnosis by my Gp I now felt ‘branded’ with anorexia. I couldn’t come to terms with this stigma I had adopted so how would others accept me. I was ashamed of what I had become, fueling the Anorexia I became very isolated and felt very much like the elephant in the room.

So much so that I lost my job, I felt as if my world was falling apart and  was using food as away of gaining back some form of control over my life. I reached an all time low with a weight of 5st 8lb.  I was slowly killing myself.   By this point I had moved  to live with my Mom for the support I was missing, whilst my Husband was amazing my illness had a huge impact on our relationship. With the help and support I had including my therapist I slowly began to gain weight.

In November 2016 for the first time I was able to look at a picture of myself at my lowest and see the true identity of the Anorexia.  It hurt me to think at that point I thought I was ok. Continuing my recovery progress my Husband brought me a Boudoir shoot for Christmas,  In his words ‘so maybe you can see the beauty in you that I see everyday’.

Since the next stage of my recovery is confidence.. this was one of my gifts, the message attached brought tears to my eyes. 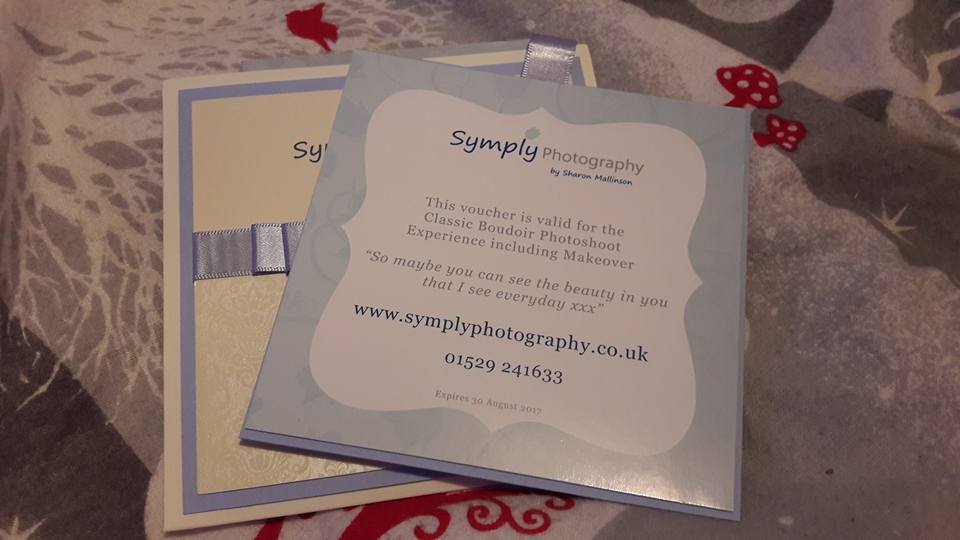 Nervous and totally petrified about someone seeing me in underwear, I went to the shoot.

I have just been for my boudoir shoot and all I can say is Wow!  It was absolutely brilliant, I had such a giggle. I felt a bloody million dollars…I am yet to see the pictures but what a boost of confidence it was! Keep your eyes peeled!

I never expected to feel the way I felt during the shoot, I honestly surprised myself. To feel beautiful and confident all because two very special ladies believed and encouraged me. To say I was delighted with the photos on viewing them is an understatement.  Is that really me? I still have a very long and bumpy road on my journey to full recovery but this and everything else I do in life moulds me for who and what I want to be at the finish line. I can hold my head high and proudly say this is one battle I am currently winning.

The point I want to make is DON’T suffer in silence DON’T give up DON’T judge. Everyone is fighting a battle we know nothing about. Mental Health comes in all shapes and sizes DON’T be afraid it doesn’t define you as a person.”

“I was brought my Boudoir shoot as a gift from my Husband. Having suffered from Anorexia, I had reached a point in my recovery that my husband wanted me to realise how beautiful I was. I wasn’t sure I would be comfortable but I went along anyway. And gee am I glad I did, From the second Sharon welcomed me into her home I felt at ease. Katie did a fantastic job on transforming my hair and makeup then into the shoot. I felt a million dollar’s, Sharon and Katie were amazing. 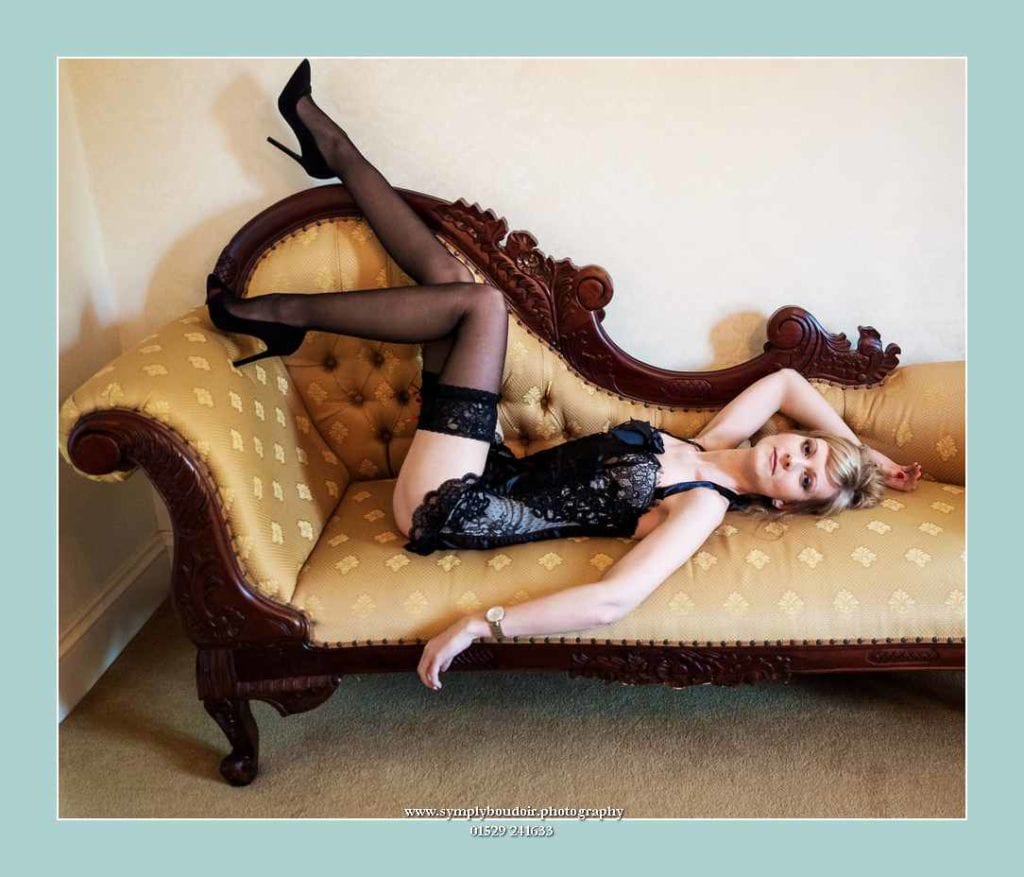 Today I went to view the finished results and I was blown away.  From the first photo I had goose bumps, I couldnt believe that was me. I am so very grateful to Sharon and Katie for helping me gain the confidence this shoot has given me. It has meant more than anyone will ever understand. I would recommend doing this to anyone what a better way to learn how to love yourself for who you are with the added bonus of Sharon and Katie guiding you throughout.

Thank you both from the bottom of my heart. Kirsty x. “

This website uses cookies to improve your experience while you navigate through the website. Out of these cookies, the cookies that are categorized as necessary are stored on your browser as they are essential for the working of basic functionalities of the website. We also use third-party cookies that help us analyze and understand how you use this website. These cookies will be stored in your browser only with your consent. You also have the option to opt-out of these cookies. But opting out of some of these cookies may have an effect on your browsing experience.
Necessary Always Enabled
Necessary cookies are absolutely essential for the website to function properly. This category only includes cookies that ensures basic functionalities and security features of the website. These cookies do not store any personal information.
Non-necessary
Any cookies that may not be particularly necessary for the website to function and is used specifically to collect user personal data via analytics, ads, other embedded contents are termed as non-necessary cookies. It is mandatory to procure user consent prior to running these cookies on your website.
SAVE & ACCEPT